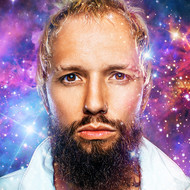 Almost all of my videos get claimed on Youtube. Occasionally legitimately - I’ve sample a visual or a sound - usually illegitimately - I have done no such thing but someone is going to claim it anyway.

A 2 hour long video will often get claimed because someone says 3 seconds of it is theirs. They will then take the revenue for the whole video, for their claimed 3 seconds, which is usually entirely erroneous. Then you have to appeal the claim, and the person who MADE THE CLAIM is the one that gets to decide if they are correct or not. 99 times out a 100 they say they’re correct, no matter what evidence you offer. The only thing you can do about it at that point is take them to court. Who has the time and resources to take people to court every week?

One time I made a music video for a song entirely written and produced by me with no samples in it, featuring only footage from our honeymoon, and Sony claimed it, and refused to release the claim.

Last week The Best of Meaningwave Disc 1 video was claimed because someone had used some sounds from The Akira The Don Lofi Hip Hop sample pack, that I created, in one of their songs, and I had also used in some of my own music.
(That's a very popular sample pack as it was the FIRST lofi hip-hop sample pack on a major sample pack platform. There are literally thousands now, but since that was the first it gets used a lot.)

If you don’t know what a sample pack is, that’s when someone makes a bunch of sounds and loops and makes them available to people to use in their own music, usually either copyright free, or with master clearance guaranteed (that means you can release it). They became a godsend to producers who were unable to afford or deal with the tortuous process of clearing samples from music released by major labels, which can take years and hundreds of thousands of dollars.

Sadly, sample packs are creating treacherous territory in this current Youtube Wild West where any fool can claim anything and they get to decided if they’re legit. I had an issue last year wherein some absolute scumbag (or team of scumbags) was downloading sample packs, and cobbling bits of them together at random - a hi-hat loop paired with a piano loop, for example, completely out of time and key with each other - then uploading them to DSPs (streaming platforms) as “songs”, then claiming anyone’s music that used the same legally obtained samples.

A really big YouTube account was going to share one of our songs that fell victim to this practice, and had their video claimed by the scumbags, so they removed our music, and we lost the opportunity to reach a new audience of millions as a result.

Nowadays, if I ever use a sample from a sample pack, I will have it replayed, to try and avoid this sort of thing. But as I said, it doesn’t make much difference - record labels and Youtube money collecting companies are out there claiming things they have literally no legitimate claim over whatsoever, and getting away with it, because the system is entirely broken. And I have a number of songs from my back catalogue that have samples from sample packs in them. Samples from MY OWN sample packs, even, lol.

So The Best Of Meaningwave Vol. 1 Disc 1 got claimed, for having sounds from MY OWN sample packs in it. Previously that's happened and the clamant has upheld the claim - like I said, they get to decide if they're legitimate in their claim or not, its a hilarious system. I am used to this now. I used to get upset, now I do not. It's in the “things not in my control” basket, and those things don’t get to touch me, bubba.

On this most rare and auspicious of occasions, the claimant saw the error of their claim, and release-ed it! INCREDIBLE!

So we must celebrate and be joyful Not because of the ad-revenue, which will amount to a couple of dollars, but because of the PRINCIPLE… The SMALL VICTORY PRINCIPLE… Today, we are victorious, brothers and sisters, and we must always celebrate our victories, no matter how small. For those celebrations please the gods, who will look upon us more favorably as a result, and cast further small victories in our direction, an those will stack up, like drops of water eventually become some sot of an ocean, and the tsunami of glory become AN INEVITABILITY.

Thank you to everyone that supports this adventure. Without you we’d be at the mercy of these swine. As it is, they provide a steady backdrop of mild drama, and occasional reasons to be thankful.

GODSPEED, GOD BLESS, AND LOVE TO YOU AND YOUR FAMILY! 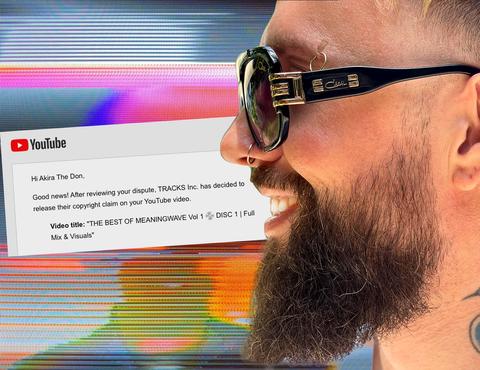 Akira The Don@akirathedon
November 19, 2021
LOFI CHRISTMAS IV is OUT NOW!

It's the most wonderful time of the year!

The AKIRA THE DON CHRISTMAS ALBUM!

Out now on all platforms!

HEALTH UPDATE: Feeling much better thanks no longer shuddering and vomiting and I can taste toothpaste again.

And I sent the next project to the vocalist and they said something I’ve done “brings this to a new level” which is true and that’s what we are all about at Meaningwave... NON! STOP! TRANSCENDENCE!

LOVE TO YOU AND YOUR FAMILY LESSGEDDIT!

Akira The Don@akirathedon
September 15, 2021
to go through it alone

Norm Macdonald explains why he never revealed he had cancer

"That to me is courageous. Not being a burden on your family. They know nothing about it. Then you're gone... to go through it alone."

I can't recommend it highly enough